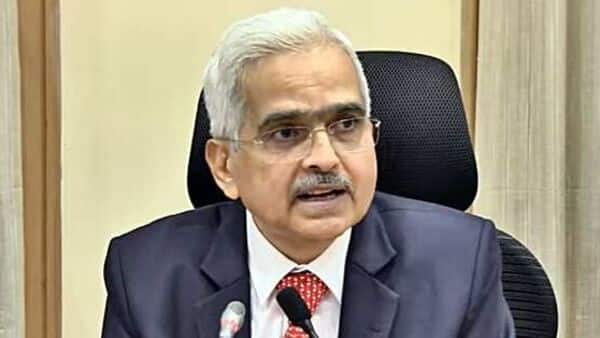 Digital lenders should stick to businesses for which they are licensed, says RBI Governor Das

“Companies must operate under the licenses granted to them. If they do anything beyond that, they must ask our permission. Without permission, if they engage in activities that they don’t have a license for, it’s not acceptable,” Das told the Bank of Baroda’s annual banking conference.

Das said RBI could not let risk build up in the system and added that in the next few weeks it would release the long-awaited digital lending standards. According to Das, the central bank wants to support innovation and, at the same time, wants the whole ecosystem to develop in an orderly and regulated way.

Regulation has been delayed due to the complexity of the situation. RBI must support innovation, while maintaining financial stability, he said.

The regulator, Das said, formed a committee, whose recommendations were reviewed. “Our responsibility is to maintain financial stability. Companies must operate within the licenses granted to them. If they do anything beyond that, they must ask our permission. Without permission, if they engage in activities that they don’t have a license for, that’s not acceptable,” he said.

In November last year, the committee set up by the central bank suggested limiting digital lending applications through a set of regulations, including the creation of a nodal agency to check their credentials and legislative measures to prevent “illegal lending”. report focused on improving customer protection and securing the digital lending ecosystem while encouraging innovation.

RBI had formed a Task Force (WG) on digital lending, including lending via online platforms and mobile apps led by its Executive Director Jayant Kumar Dash. According to the committee’s findings, there were about 1,100 loaner apps available for Indian Android users across more than 80 app stores between January 1 and February 28. Of these, 600 are illegal, the panel found.