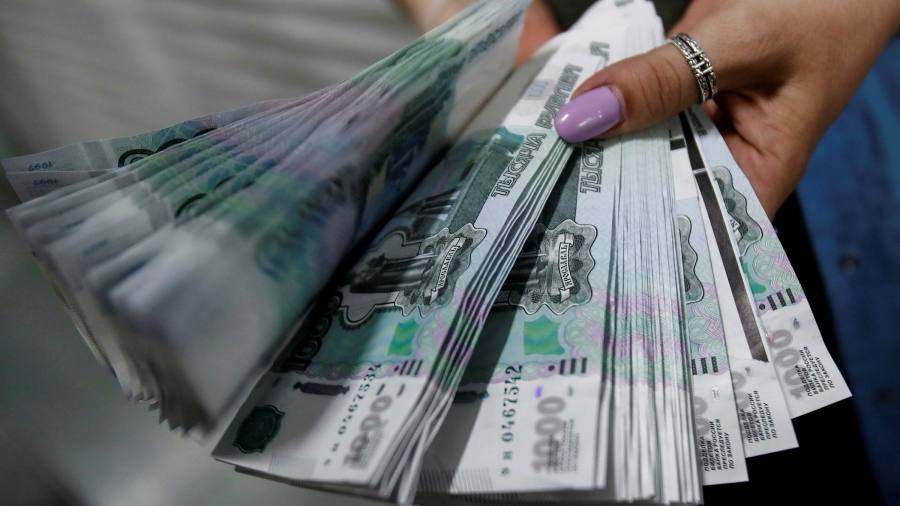 ECB warns European lenders against risk of sanctions against Russia

The European Central Bank has warned lenders with high exposure to Russia to prepare for the imposition of international sanctions against Moscow in the event of an invasion of Ukraine.

The warning from the ECB, which oversees 115 of the eurozone’s biggest banks, comes as the United States warned that Russia would face “massive consequences” if it sent troops to Ukraine.

Sanctions would raise significant risks for international banks with significant exposure to Russia, including Citi in the United States, Société Générale in France, Raiffeisen in Austria and UniCredit in Italy.

ECB officials asked for details on how the banks would handle different scenarios, such as a decision to block Russian banks from accessing the international payments system Swift, according to several people briefed on the talks.

The demands outline how the ECB wants to ensure European banks can comply with any sanctions regime and are able to quickly weed out customers they are not allowed to do business with.

The central bank explored the risks of various scenarios and urged banks to share details of their own assessments and contingency plans, according to people briefed on the discussions.

He also requested information on Russian and Ukrainian exposures from Deutsche Bank and ING, the largest lenders in Germany and the Netherlands, respectively. Citi, Deutsche Bank, SocGen, Raiffeisen and ING declined to comment, as did the ECB. UniCredit could not be reached for comment.

International banks, including their Russian subsidiaries, have approximately $121 billion in assets owed to them by Russian-based entities and there is $128 billion in loan and deposit funding from Russian entities to foreign banks, according to the Bank for International Settlements.

SocGen has the largest financial exposure to Russia of any European bank, at 2.6 billion euros, according to research by JPMorgan. Austrian Raiffeisen has 1.9 billion euros of exposure, while UniCredit has 1.4 billion euros.

Andrea Orcel, chief executive of UniCredit, was one of the senior executives of major Italian companies who took part in a video meeting with Russian President Vladimir Putin on Wednesday to discuss economic ties.

A senior executive at one of the banks said the main risk from the sanctions relates to its investment banking operations in Russia, which deal with large multinationals and oligarchs, rather than its commercial banking unit, which mainly deals with medium-sized companies.

The executive said the biggest “systemic risk” would be if Russia were cut off from the Swift payments network, which could “impact the entire banking system in Russia”. However, the executive said the Russian central bank plans to activate a national interbank payment system to replace Swift, if needed.

An additional risk for European banks is that the conflict in Ukraine could affect the value of the ruble, reducing the value of shares held in their Russian subsidiaries.

Another European bank executive said he fears jail in Russia if Moscow retaliates against banks that try to enforce international sanctions. “We need to be able to implement sanctions very quickly. . . sometimes it takes time, you can have relationships to relax,” the leader said.

Michael Lyons, a partner at law firm Clifford Chance, said the sanctions could affect a large group of banks operating in Russia. “Retail banking customers are not just individuals, but also businesses and individuals. [business] entities. Some may have large private wealth management divisions.