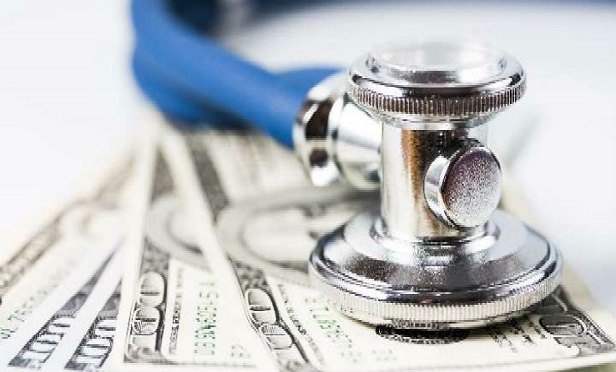 Hospital consolidation is the main driver of soaring healthcare costs

Dr. Marty Makary and his colleagues at Johns Hopkins University frequently discuss emerging trends in healthcare and how they can stay ahead of the curve. They have no doubts about the causes of today’s skyrocketing healthcare costs.

“Right now we’re focused on healthcare costs or what we call the medical price crisis,” said Makary, who is also a healthcare futurist and best-selling author. “When we think about the next wave of issues facing ordinary American workers, we are united in our professorial discussions that the No. 1 concern we have is monopoly power and monopoly pricing in health care. It’s about to become the #1 problem in the United States.

Makary shared his insights in “Time to Hack Your Health Plan,” a May 19 webinar presented by Imagine360. Monopolization not only affects patients and employers, but also their broader communities, said Michael Hicks, Ph.D., director of the Center for Business and Economic Research at Ball State University in Indiana.

The impact is widespread.

“It’s a huge drag on economic growth,” Hicks said. “If you’re a business leader, it hammers home your individual business. If you are a school, this kills your cost of hiring teachers. If you are a county government, this hinders your ability to hire people to run your parks. In this context, the term “not-for-profit” can be misleading.

“These are non-profit companies that make much higher profits than insurance companies,” he said. “For example, Anthem here in Indianapolis had a profit rate of about 6% last year while Indiana University Health had a profit rate of over 24%. They just don’t behave like nonprofits. They hold about $2.6 billion in rateable value. To put it into context, that’s about 5-10% of local school spending in Indiana. It is therefore a blow to local governments and their ability to provide services.

Workers are footing the bill for rising costs, often without fully realizing it.

“If you take a couple with a combined income of $120,000, they pay about $35,000 in taxes, about half of which goes to health care in its many hidden forms,” ​​Makary said. “Half of Social Security checks are now used for health care. We have a lot of hidden health care costs in the budget, like money that goes to state Medicaid programs.

According to KFF, the average annual cost of a private health insurance plan in the United States is $22,221.

“We use a false lexicon in health care where people think they’re not paying because their employer is paying 80 or 85 percent of the expenses,” he said. “Well, that money comes from the same pool that was allocated to salaries and benefits. The money comes from workers’ income. If you add up, the percentage of federal taxes going to health and the price of health insurance, if we move away from the false lexicon that the employer pays and they don’t, that’s about a third of that household’s income which is going to health care through its many hidden forms. If on top of that, that household gets a bill for, say, $1,300 and they’re told it’s not covered, they have every right to be very upset.

“When half of your country’s cancer patients report having medical debt as a result of their care, that’s a broken system,” he said. “Seventy-three percent of respondents to this study said they were worried about their medical debt because of their cancer care. I can tell you as a cancer surgeon that when you have cancer you have other things to worry about. We are now in a situation where the cost crisis is no longer just a budgetary problem, but creates inequalities in society around an area that we can correct. »

Consumers often mistakenly assume that their insurance company will negotiate the best prices available. Makary was surprised when he and his colleagues at Johns Hopkins crunched the numbers.

“We found that for 52% of radiology services, cash prices were lower than insurance-negotiated prices,” he said. ” I could not believe it. So when people feel confident that the rates negotiated by insurance are good rates, they should look at a lot of these new reports that show spot prices are actually better, which kind of threatens the entire network model. A network is both the arsonist and the firefighter. This creates the problem it is there to solve.

This raises an interesting question.

“We have to ask, if spot prices are below network prices, then who is trading?” Makaire said. “If I’m ever taken hostage by Big Pharma, don’t ask those negotiating these contracts to negotiate my release, because they’re not very good negotiators.”

Although there is no simple solution to the cost increases caused by monopolization, the Affordable Care Act and other laws contain helpful provisions.

“One of the biggest barriers to alternative strategies with health care benefits is that there is fear in the market,” he said. “We have found that you can invoke many new rules and laws for the benefit of the worker. I’m amazed at the number of levers available that advocates handling claims, conducting reviews and audits can use to their advantage to try and get a fair price. What concerns me in the market are routine payments without using these levers. “

Even in times of increased consolidation, it pays to be a good consumer of health care services. “If there’s one take-home message,” Makary concluded, “it’s that you really should ask questions.”

Top Energetic Features Of Online Payday Loans From Inside The Eddyville |