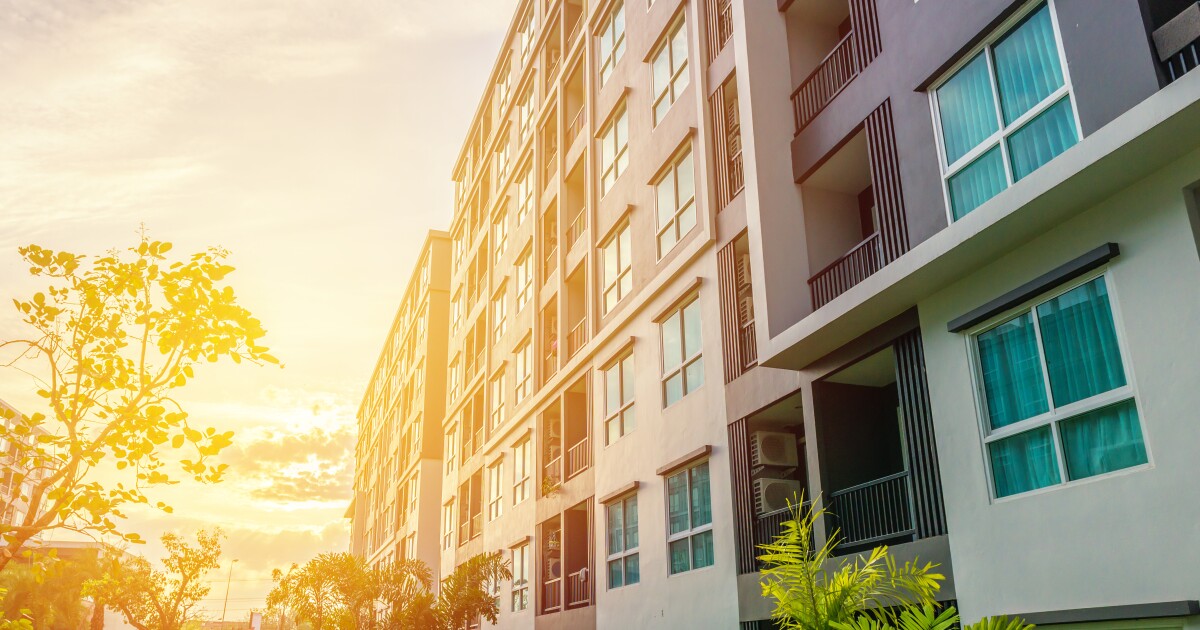 Lenders’ use of rent data in loan decisions helps homebuyers, but dangers lurk

As Ken Riemer, an Alabama attorney who does pro bono work, recently prepared to meet with residents of his neighborhood homeless shelter, he assumed most of their questions would be outside of his consumer credit practice and may ask about government benefits, family law, or criminal matters.

“I was shocked to learn that most of the issues were related to credit reports – right next to me,” he said. Six of the 10 people he met that day were living in the shelter only because a rent-related credit problem had shut them out of the housing market. In some cases, this was due to a single late payment.

“These are people who have enough income to pay unsubsidized rent, but who nonetheless were forced to move their family to a homeless shelter simply because their credit history prevented them from renting,” Riemer said. .

Lenders are now using rent data more in credit decisions. The data itself is increasingly available from credit bureaus and other data providers, and Fannie Mae and Freddie Mac are now willing to purchase loans made from the use of this data, provided that lenders obtain consumer consent and that they only use the data in a positive way. .

For people with low or no credit, lenders’ use of rent payment data in credit decisions can open doors. Lenders can see that a potential borrower has paid her rent regularly for the past two years and decide that she is responsible enough to handle a loan.

But if not done carefully, using rent payment data in credit decisions could hurt some consumers, especially the most vulnerable, said Chi Chi Wu, an attorney at the National Consumer Law Center.

“Blacks and browns and consumers of color are disproportionately the ones affected by things like evictions,” Wu said. struggling to pay their rent, especially during the pandemic.”

At the homeless shelter in the Riemer district, in some cases what really happened is disputed. A landlord decides a tenant didn’t give proper notice and asks for an extra month’s rent. The tenant thinks he shouldn’t and has already put money on a new home. In one case, a landlord claimed a tenant was responsible for damage to an air conditioning unit, while the tenant insisted he was not.

The heightened concern of tenants is that landlords consolidate and become bigger and more powerful.

“The bigger companies have systems that allow fewer and fewer deviations by human beings,” Riemer said. “So if the system thinks you’re late, whether you really are or not, that’s what gets reported to the credit bureaus.”

Tenants who have had issues such as temporary unemployment, perhaps due to pandemic-related closings, or an unlucky spell such as a family member in need of care, may also be affected.

“Over the long term, these people have enough income to be responsible tenants and otherwise pay their bills,” Riemer said. “But because of systematic institutional automated credit reports, it follows you for seven years.”

Riemer tries to help resolve these types of conflicts. “But where the delinquencies are correct, there’s not much to do other than wait until the seven-year period is over,” he said. “I am acutely aware of the outsized role credit reports can play in keeping people in dire financial straits in general, but I was shocked to see a direct link to something as extreme as homelessness. “

For the most part, rent payment data is not reported to credit bureaus today, noted Karan Kaul, senior research associate at the Urban Institute. Less than 5% of tenants’ payment history is reported to offices, he said.

“In cases where this is reported, it’s usually when someone has fallen behind on their rent payments,” Kaul said. “The landlords never reported rent payments to the credit bureaus if you made your payments, but the day you fall behind and miss a month or two of payments, that’s when that you’re reported in. It just seems very, very unfair.

Both Fannie Mae and Freddie Mac have agreed to buy home loans that factor in rent payment data. Lenders can extract information about a potential borrower’s 12-month rent payment history from their bank accounts, with the consumer’s permission, allowing them to approve people they might otherwise turn down . Fannie Mae began accepting such loans in September; Freddie Mac will start on July 10.

In late June, Fannie Mae reported that since it began allowing the use of positive rent payment data, more than 2,000 loan applications have become eligible for loans that otherwise would not have been granted. eligible. Of these, about 41% of borrowers identified as black or Latino/Hispanic.

US Bank is a lender that uses tenant data. Like most banks, its loan officers have long factored borrowers’ rent payment history into their credit decisions.

In September, the bank started doing this in an automated way. It uses Blend’s mortgage origination software that incorporates rent payment history from clients’ bank statements.

According to Tom Wind, executive vice president of consumer lending at US Bank, automating this process is a game-changer.

“One of the issues with trying to qualify a customer with rent data is that you have to collect the documents,” Wind said. “You have to get canceled checks and bring them. Few landlords report rent to the credit bureaus, so it’s a very manual process. The big breakthrough here is to use bank statement information in the normal credit decision process. It’s efficient for lenders, it speeds up the process for borrowers, and I think it brings into the mainstream this non-traditional use of data that can result in better outcomes for clients.

US Bank does not ask applicants for a bank statement. Instead, it asks who the customer is dealing with and connects to those accounts through Plaid, Finicity, or another data aggregator Blend works with. He then retrieves 12 months of rent payment history.

“I only know positive results from this,” Wind said.

Over time, he expects more opportunities to arise to incorporate alternative data into lending decisions.

“We think this is a very good step in the right direction to do what we’re all focused on, which is to find ways for qualified people who are excluded because of the way rules are structured, can qualify because in the end, we’re all about sustainable homeownership,” Wind said.

Using alternative data such as rent payments expands US Bank’s customer base and makes first-time homeownership possible for many people, Wind said.

“He’s doing it in a way that we think is really responsible, because it’s not just about expanding the guidelines, it’s very specifically about selecting people who are used to paying a payment and saying “You could afford that rent payment, you can do the mortgage,” Wind said.

Wu approves of this approach to data leasing, not just because it’s positive-only and consumers have to sign up for it, but because the data bypasses the credit bureau, she said.

“That way it can’t hurt because that data isn’t on the credit bureau file,” Wu said. “So it can’t hurt in terms of landlord use.” This can help those who are ready to take the next step towards homeownership without hurting vulnerable and struggling renters who may not be ready to become homeowners anytime soon.

Pankaj Jain is from India and started his career at Citi. The job took him to the United States, where it took him three years to get a credit card.

“I was applying and they were like, ‘not enough credit history,'” Jain recalled. “I would receive a rejection letter, then I would apply again. They said “too many applications” because I was desperate to get it and applied again and again. He finally got a card from Capital One.

If a lender had looked at his rent and utility payments, he would have approved it immediately, Jain thinks.

“There are about 40 million people like me who are thin, backless, or living on the fringe,” Jain said.

Jain is now CEO of Scienaptic, a software maker that enables lenders to use AI and alternative data such as rent payments in their decisions. It uses what Jain describes as a cascading method.

For those eligible for a loan using traditional underwriting, the software uses data from the credit bureau file. For people for whom this data does not exist, Scienaptic provides other information such as rental payment history. Rent data comes from providers like LexisNexis or Clarity Services, which is owned by Experian.

Using that additional information, “we’re able to take that 20%, 30% of people who are rough diamonds and approve them,” Jain said.

where is the danger

What worries consumer advocates is what might happen in the future, if there are no safeguards like requiring consumer consent and positive use of rent data.

“If this information is available in the credit bureaus’ credit files, it could be accessible to all kinds of predators and they could use it to make decisions,” said Kaul of the Urban Institute.

Kaul understands why consumer advocates are reluctant to see rent data widely used because they don’t want some of those consumers penalized, as many are today. But he also says the potential benefits of positively using rent data far outweigh the harms.

Wu says that in using rent data in lending decisions, the devil is in the details.

Another mantra Wu uses for alternate data is “do no harm.”

“The bad thing here is the inclusion of rent payment data on a monthly basis, positive and negative — what they call comprehensive reporting to the big three credit bureaus,” Wu said. “That’s where it could hurt.”

How do payday loans work?

What is debt consolidation and how does it work?