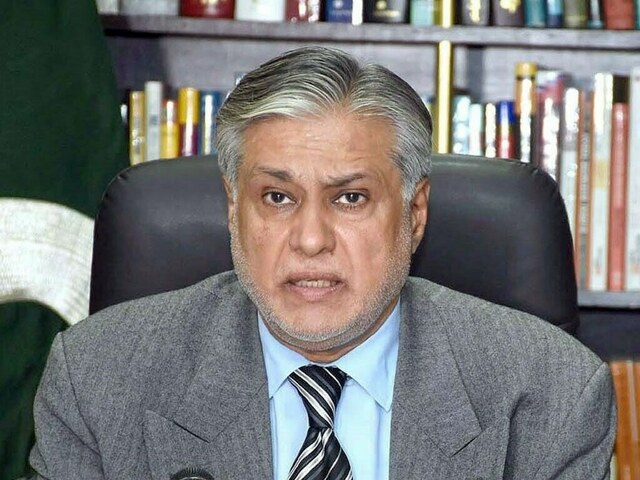 Finance Minister Ishaq Dar, during his recent visit to Washington, was apparently unable to secure concessions from the International Monetary Fund (IMF) and the World Bank to reschedule loan repayments and ease non-negotiable terms set by the IMF on granting subsidies. This time an attempt was made using the “Flood Sympathy Card”. Apparently that didn’t work.

International donors and lenders are no longer flexible in supporting the political agenda of governments to appease voters and elite lobbyists through subsidies.

Along the same lines, IMF officials have also advised Pakistan to move away from untargeted and unnecessary subsidies and divert those resources to those who need them most. The IMF has also placed emphasis on the implementation of budgetary and governance reforms.

Previously, the then finance minister, Dr. Miftah Ismail, had made similar unsuccessful attempts. In a public statement this week at a forum in Karachi, the former finance minister reportedly admitted that: “There was no commercial loan, we couldn’t sell our bonds.

Government efforts to secure funding from friendly nations have also been met with coldness and deaf ears. When you are failing, no one helps you. Raising prices was the only way the country could have been saved from default.

During the last stage of the PTI (Pakistan Tehreek-e-Insaf) government, then Finance Minister Shaukat Tarin also tried to get flexibility from the IMF in fuel tariff subsidies and electricity as a result of rising inflation due to rising commodity prices. cycle. Faced with the IMF’s refusal, the government went its own way.

The message from all global lenders is loud and clear: “Get your house in order. No more excuses.” The IMF and World Bank have repeatedly called on Islamabad to implement fiscal and governance reforms and refrain from selective and counterproductive subsidies. These subsidies distort fiscal discipline. has always been at the heart of their country support program.

For the past two decades, every government, thanks to IMF waivers, has evaded reform. Successive governments have been liberal in doling out substantial amounts of grants and tax cuts to gain political ground and appease the powerful privileged lobbies of businessmen, farmers and parliamentarians. These grants have benefited the elite more than the general public.

Despite the agreement with the IMF, the country’s fiscal consolidation is not happening. Against all expectations, funding from other donors is not there. Against a backdrop of impending global recession, market uncertainty and political turmoil, lender fatigue is pervading the world among both multilateral and bilateral creditors. They have little room left to welcome Pakistan.

All hopes, if any, now rest on China. The government is said to have drawn up more than a dozen initiatives to take and memorandums of understanding to sign during Prime Minister Shehbaz Sharif’s visit to China next month.

Given the limited mandate of the government in place and the restrictions imposed by the IMF on additional exposure to loans and commitments, none of the ambitious projects included in the list seem realistic to discuss at this stage. What could work is debt restructuring, opening an RMB account, cybersecurity, flood relief assistance, LNG supply and relocating Chinese industries to the SEZs.

While the government spends all its time and energy in making one failed attempt after another to obtain loans and concessions from lenders, it has made no significant effort to put its house in order. own house or correct his way of doing things.

Public spending continues to be lavish and beyond means, loss-making public sector enterprises continue to bleed the national economy, circular debt due to incompetence and corruption continues to mount, no meaningful fiscal restructuring has not been entered into the system. The message from all global lenders to the government is: “get your house in order. No more excuses.”

Pakistan only received $2.234 billion in loans from international lenders in the first quarter