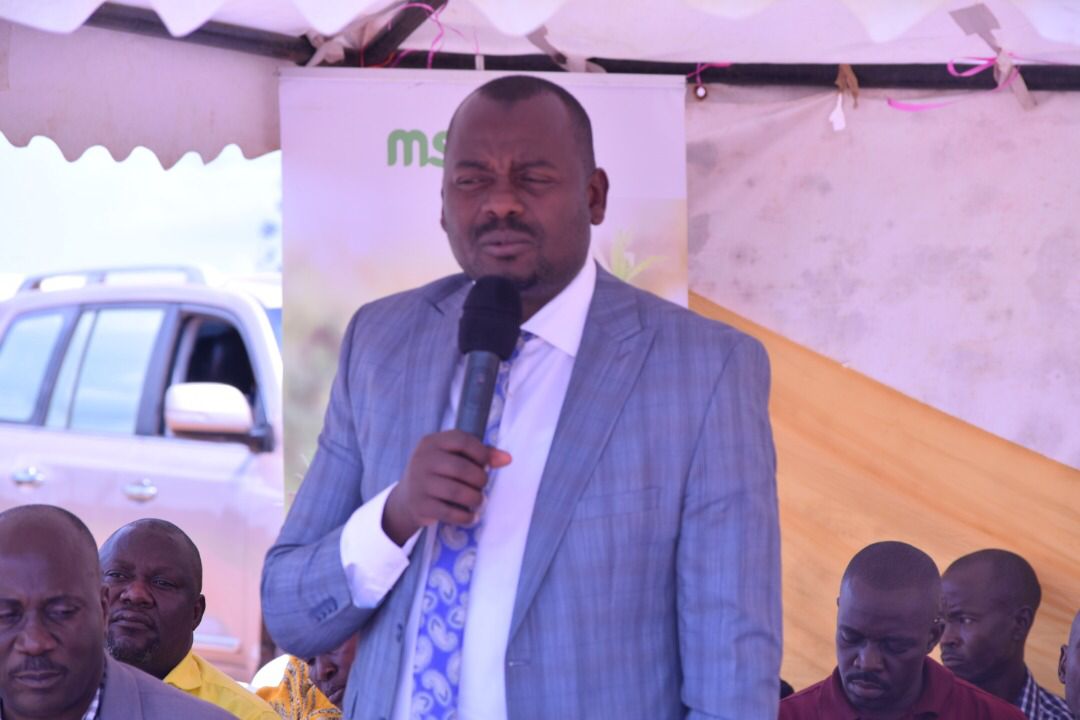 The Minister of State for Microfinance, Haruna Kyeyune Kasolo, has asked the people of Namutumba district to avoid lenders and commercial banks and choose the presidential initiative on the creation of wealth and employment, commonly known as the program Emyooga for loans.

Kasolo, who was in Namutumba on Tuesday to monitor Emyooga’s performance, was told by Resident District Commissioner (DRC), Thomas Matende, that money lenders in the area were cheating people and lending them loans with abnormal interest rates and unfair deals.

“We have money lenders in this area. They approach people and persuade them to borrow money from them to pay school fees or start a business. There’s one who wanted to start a business, and they persuaded him to borrow 3 million from them. In the agreement, they wrote that he offered his land as collateral to obtain the loan. Minister, direct the Microfinance Support Center (MSC) to educate our people about government programs and funds channeled through MSCs such as Emyooga so that they avoid lenders who only deceive them” , said Matende.

In response, Kasolo advised the people of Namutumba to get genuine low interest loans from their Emyooga Saccos and ignore the money lenders who only aim to confiscate borrowers’ security.

Commenting on loans from commercial banks, Kasolo said they (the banks) should be left to established businessmen.

“We no longer want to see you queuing at banks and going to lenders looking for loans. Stop borrowing money from banks. You even made them raise interest rates. Even people who don’t have a plan for the loan, you find them queuing up to get one. As long as demand is high, they (the banks) will continue to raise interest rates. You have formed your own Saccos and Associations. If you want a loan, get it from your Emyooga Association [at less than 8% interest per year]. Leave commercial banks to businessmen. We want to see you borrow low interest loans from Emyooga,” he said.

On the other hand, Kasolo emphasized the issue of savings, saying that people must accept savings if they want to get out of poverty.

The Minister also warned the people of Namutumba against unnecessary spending.

“Know that getting rich is your own benefit. No one will get rich for you. To be rich, you must have financial discipline. You must avoid unnecessary spending. Money can only be yours if you save it. Be sure to save and reduce your expenses. Don’t think your riches are in Kampala. Your riches are in Namutumba. Whenever you have the opportunity to avoid spending, thank God. The money you spend carelessly can never be earned. Guard your money jealously,” he said.

In addition, there is a culture of the electorate asking for handouts from its MPs. This, Kasolo said, must stop, saying the people’s representatives in parliament should only educate local people about development programs aimed at lifting their electorate out of poverty.

“MPs should never lie to you by saying their salary is yours. Don’t think you’ll wake up at their door to beg. Of all the channels to get rich, there is no begging. Do you know anyone who got rich from begging? Be sure to embrace savings. None of you should be poor,” he said.

The district of Namutumba is made up of three constituencies. A total of 54 Saccos were formed across the district, with 18 Saccos in each constituency.

The RDC said that the most successful Saccos received seed capital of 20 million shillings. This, he said, was done to encourage other Saccos to improve their savings and loan collections.

“You (the beneficiaries) say that we are adding more money to you. The money is there, but your performance will determine whether you get added or not. Emyooga is a revolving fund. We say: borrow the money, use it and return it to be loaned to someone else. In this short period of time, some Saccos have performed very well. Their loan recovery is very good. As I speak, four Saccos have been added 20 million each. We have 16 other Saccos who have approved the addition of 20 million each,” he said.

The Saccos that have been added 20 million include; Sacco veterans, Sacco restaurant owners and elected Sacco leaders.

Kasolo echoed RDC’s remarks that only the most successful Saccos will have additional seed capital.

“The president has instructed me to add you more than 20 million. However, I put a condition. If your savings and recoveries please, I will add you. So, I will not add you all. Only the best performing Saccos will be added 20 millions.

Kasolo added that next year, in addition to the 20 million, top performing Saccos will receive motorcycles to help monitor the Emyooga program and computers for proper record keeping.

Increasing volume: why dialogue between borrowers, lenders and brokers is essential