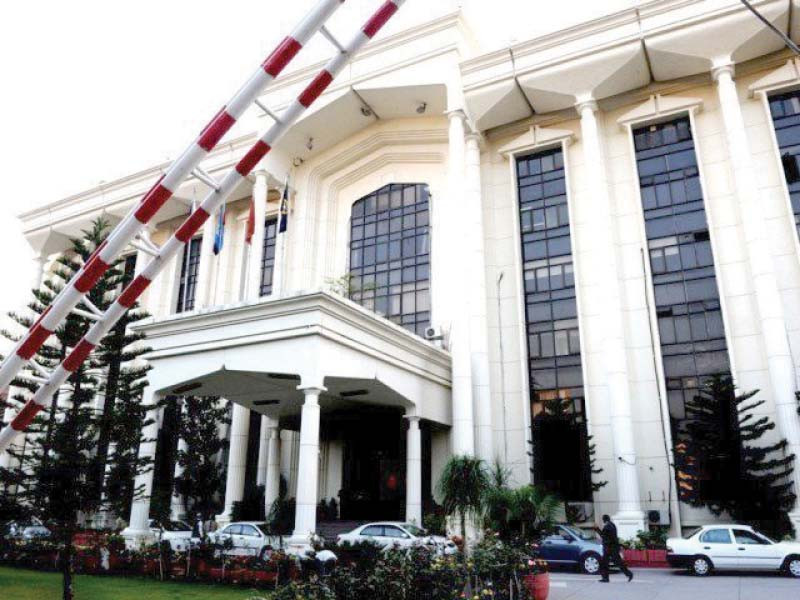 The income of foreign lenders taxed

The Federal Board of Revenue (FBR) has taxed foreign lenders’ income from making loans to Pakistan in addition to imposing taxes on their grants – a move the Ministry of Economic Affairs says could have serious repercussions.

The disclosure was made by the Deputy Secretary of the Ministry of Economic Affairs, Humair Karim, during a meeting of the Senate Standing Committee on Finance which had been convened to discuss article by article of the new finance bill. Senator Saleem Mandviwalla chaired the meeting.

The United Kingdom, Germany, the United States, Denmark and Japan have raised the issue of taxation with Pakistani authorities, according to the Ministry of Economic Affairs.

Recipients of interest on foreign loans were taxed at very high rates and “the FBR did not accept our proposals to exempt loans and grants from taxes”, revealed the additional secretary to the surprise of the committee .

Committee members urged the ministry to resolve the issue at government level instead of bringing it to parliament. But the additional secretary said the FBR was not listening to his proposals.

“In an indebted economy like Pakistan, this will have serious repercussions and this must be dealt with by Finance and FBR,” said a document the additional secretary submitted to the standing committee.

Pakistan owes about $128 billion to international creditors and receives nearly half a billion dollars in grants each year. However, multilateral creditors are exempt from taxes under various agreements.

Afaq Qureshi, FBR member in charge of tax policy, told the committee that an amendment had been proposed in the new finance bill to grant tax exemption on a case-by-case basis.

An FBR official said the authorities did not directly tax interest income from a foreign country, but only taxed the part of the loan or grant that was in the hands of the foreign country. local contractors.

The Ministry of Economic Affairs said that in accordance with an agreement between Pakistan and Germany regarding technical cooperation of November 1972, it was agreed that all grant agreements by Germany would be exempt from all general taxes on the sales.

The United Kingdom has called for official development assistance (ODA) to be grant funding and to be exempt from all taxes and duties in all their forms, including income generated therefrom, and this includes all channels, financial aid, through vendors, for-profit companies, for-profit companies like Karandaaz, according to the ministry.

Similarly, USAID – the development arm of the US government – ​​has also requested that any taxes deducted on grant aid be deducted from the grant money.

“The USAID delegation has warned that if its invoices are not accepted, USAID will forfeit $1.7 million (100% of tax deducted by federal and provincial tax authorities) as clawback and it will revert to the U.S. Treasury,” the department’s documents revealed.

They also mentioned that, in accordance with the Pakistan Enhanced Partnership Agreement (PEPA) and negotiations between the U.S. and Pakistani governments, taxes and duties should not be applied to any USAID project, and warned that 3 $.4 million is expected to be deducted over the coming year. be 200% of the taxes deducted.

“KfW, in a meeting with FBR Tax Policy, was shocked by FBR’s position that any markup to be paid by the Government of Pakistan on refunds should be taxed as income of the country or organization beneficiary.”

The ministry said that due to this stance, income from Denmark’s Danske Bank, Japan’s JIBC, Germany’s KfW and France’s AFD will be taxed in Pakistan.

“This type of treatment can simply lead to the drying up of any foreign economic aid from these countries.”

The ministry said Pakistan accepts concessional loans at zero or minimum interest starting from 0.25% to 0.75% and these are repaid over a period of 25 to 45 years.

In the case of multilateral lenders such as the AfDB, World Bank and Islamic Development Bank, the interest rate ranges from 1.25% to around 6%.

The ministry also seeks tax exemption for foreign consultants and companies providing services under the project grant or interest-free loan, purchases and supplies of goods and services for the projects.

The ministry proposed that the FBR could tax the interest income of foreign lenders, if the rate exceeds 7% and when the repayment term is less than 10 years.

The Standing Committee has approved a budget proposal to abolish the condition of producing the Computerized National Identity Card (CNIC) when procuring goods worth Rs 100,000 or more. The condition had been imposed a few years ago but the FBR could not document the traders.