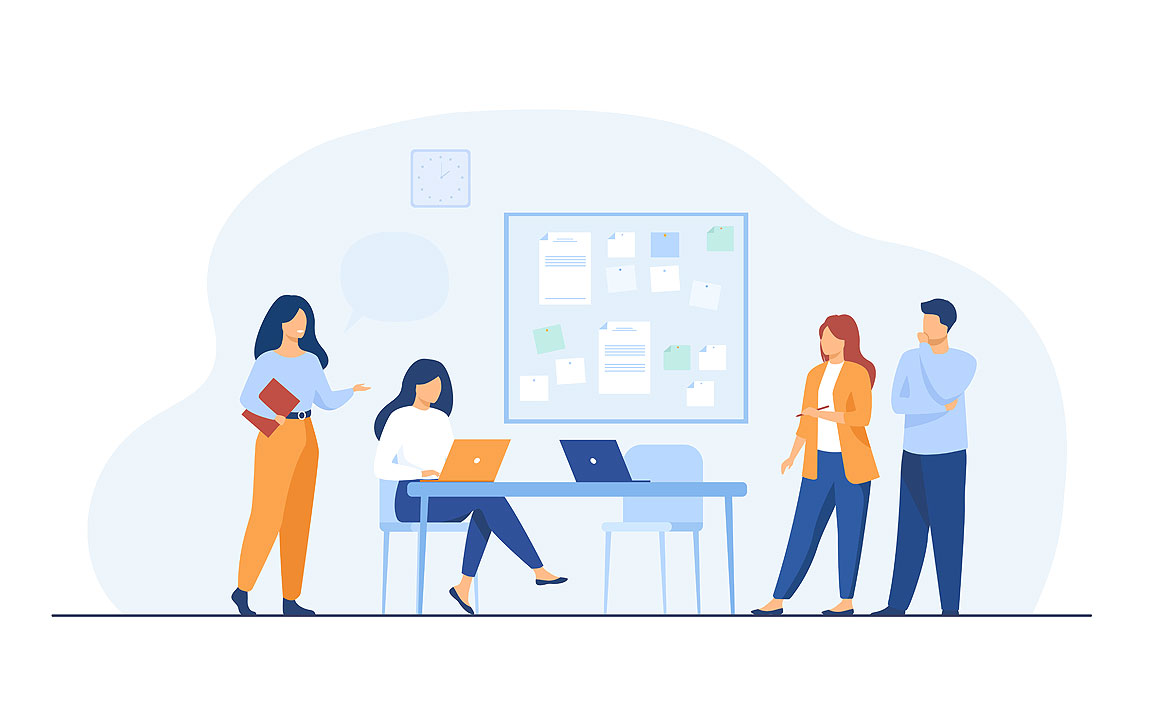 AAt a press conference at the Department of Finance (DoF) on May 25, Secretary of Finance Carlos Dominguez III said implementing a fiscal consolidation and resource mobilization plan is imperative to “ensure that the government can continue to effectively manage its increased budget deficit while investing in infrastructure, education and health care for economic growth and recovery.

Fiscal consolidation is a deliberate and directed reduction in the budget deficit, which reached 8.6% in 2021 from the pre-pandemic level of 2% to 3%. “Our loans were necessary. At a time when government revenues were low, they allowed us to buy much-needed vaccines and boosters, increase our health care capacity, provide Ayuda (aid) and other forms of support to vulnerable sectors, and to keep the economy afloat during the most critical times of the pandemic. We have borrowed at least P3.2 trillion more than planned due to the pandemic. In December 2019, before the pandemic, we expected our debt by the end of 2022 to be only 9.9 trillion pesos. According to the latest projection from the Development Budget Coordinating Committee (DBCC), we now expect our debt to reach 13.1 trillion pesos. The first principal payment will fall due as early as 2023,” the DoF said during the briefing.

According to the Treasury Office, to avoid having to borrow to pay 3.2 trillion pesos of additional debt, we need to raise at least 249 billion pesos each year in additional revenue for the next 10 years. Otherwise, using borrowing to repay past debts will lead to increased interest costs, eating away at fiscal space for socio-economic programs. For the first quarter of 2022, our debt-to-GDP ratio stood at 63.5%, which is above the internationally prescribed best practice of 60% of GDP.

“The second option of cutting (government) spending by 249 billion pesos a year on debt service is equivalent to giving up the following: more than 140,000 classrooms in public schools; or more than 8,000 kilometers of paved roads; or the free irrigation of more than 600,000 hectares of land; or nearly 180,000 kilometers of temporary bridge repairs; i.e. nearly 14,000 rural health facilities; or more than 110,000 barangay health posts; or 302 provincial hospitals,” the DoF estimates.

What to do now? The DoF under Dominguez offers this detailed budget plan to economic managers under the term of proclaimed President Ferdinand R. Marcos, Jr., who is to be officially inaugurated on June 30 for a six-year term (until 2028):

PACKAGE 1 (TO BE IMPLEMENTED IN 2023):
1. The second tranche of the personal income tax reduction scheduled for 2023 under the TRAIN law (tax reform for acceleration and inclusion) must be postponed to 2026. This will save about 97.7 billion pula per year for three years until 2026, when budgetary conditions are hopefully more permissive for reduction.

2. Limit the zero rate of VAT to direct exports and repeal VAT exemptions, except for education, agricultural products, health, the financial sector and raw foods. It is estimated that this measure generates an average of 142.5 billion pesos in additional revenue each year.

3. Impose VAT on digital service providers to cover online advertising services, digital services, and the provision of other electronic and online services, with an average annual revenue impact of 13.2 billion pesos. (There is a pending House bill on this.)

4. Reform the Motor Vehicle Use Charge (MVUC) to impose a single, unitary rate based on the gross vehicle weight of all motor vehicles. It is estimated that this measure alone generates an average of 38.3 billion pesos each year.

5. Establish a single, streamlined tax regime applicable to all mining conventions. Consider imposing an export tax on minerals to encourage domestic value addition of mineral products. It is estimated that all this generates 11.4 billion pesos on average per year.

6. Imposing more taxes and charges on gambling: Firstly, mandatory admission fees at a flat rate of P3,500 will be imposed in casinos. The second relates to the licensed electronic betting activities of Philippine Amusement and Gaming Corp. (Pagcor), such as online bingo and electronic sports betting, which do not yet have a separate tax. Impose a 5% tax on gross gaming revenue, or gross bets less payouts. Together, the preliminary revenue impact of the proposed gaming taxes and fees is estimated to be around 13.1 billion pesos on average each year.

7. Impose an excise tax on single-use plastic bags, such as 20 pesos per kilogram, which is expected to generate about 1 billion pesos in additional tax revenue each year. (This measure was approved by the House of Representatives and is in the Senate Ways and Means Committee.)

8. Impose excise taxes on luxury goods, expanding the tax on non-essential goods to include all watches, cell phones, vintage cars, and semi-essential goods, among others. (This measure has an existing bill.)

The outgoing DoF also has two packages of the comprehensive tax reform agenda pending in the Senate.

10. The second is the Property Valuation and Valuation Reform Act, which aims to adopt internationally accepted valuation standards and professionalize property valuation.

Overall, Package 1 will generate an average of 247.8 billion pesos per year for measures with estimates ready.

3. Increase and index excise duty rates on domestic and imported coal. It is estimated that this generates an average of 35.4 billion pesos in additional revenue per year.

4. Investigate the tax treatment of cryptocurrency transactions and the prevention of its use for tax evasion purposes.

5. Strengthen proposals for administrative publication on transfer pricing, or the shifting of profits and expenses as a system for reducing tax liabilities, to strengthen the ability of the Bureau of Internal Revenue (BIR) to conduct audits of transfert price.

PACKAGE 3 IS THE PROPOSED MEASURE ON CARBON TAXATION, POSTPONED TO 2025; THIS MEASURE IS CURRENTLY THE SUBJECT OF FURTHER STUDY.
Overall, the average annual revenue impact of all proposals with estimates ready amounts to approximately 349.3 billion pesos, before earmarking provisions for certain revenue segments under the law. These deductions total an average of 41.6 billion pesos per year. The balance then available to the national government averages about an additional 307.7 billion pesos per year, to comfortably pay the debt service of more than 249 billion pesos estimated by the DBCC. “This new set of measures aims to reverse the additional 3.2 trillion peso debt incurred by the Philippine government due to the COVID-19 pandemic within 10 years,” the DoF said.

The DoF adds: “We propose to continue these packages in addition to the following reforms:

“Secondly, we recommend a re-engineering or re-sizing of government to control spending on personnel services, which has reached almost 30% of national government spending; and,

“Third, we recommend continuing pension reform for military and uniformed personnel (MUP) to ensure that the pension system is sustainably funded, in part through mandatory contributions. We also point out that despite the proposed reform, the MUP pension system will remain the most generous pension system in the public sector.

“Finally, we recommend pursuing the Capital Market Development Act to build a sustainable corporate pension system that will ensure that our workers can rely on adequate benefits for a comfortable and dignified retirement, and not have to to rely solely on the limited resources of the social security system.”

Finally, a serious warning from the outgoing DoF:

“If we do not pursue fiscal consolidation and resource mobilization, there will be serious and growing consequences for our fiscal and economic health. If no reforms are introduced or if the reforms are diluted, there will be two scenarios leading ultimately to the same result: a fiscal and economic crisis, due to higher debt, lower socio-economic spending and lower investments.

Mr. Dominguez and his team of economic managers are to be thanked and congratulated for their frank and unapologetic acknowledgment of our dreaded budget deficit attributed to the more than two years of the COVID pandemic. The new economic leaders under the leadership of the newly elected chief executive stand to benefit greatly from the very detailed fiscal consolidation and resource allocation plan with its even more detailed expected results of additional revenue, if only to set impersonal benchmarks. and seconded for self-assessment of their efforts. in the still unstable local and global political, economic and health situation.

But for an ordinary reader, the tangle of detailed prescriptions and expectations in a critical blueprint that must be followed – “or else” – can only bring bewildering impotence. Or maybe stoic cynicism. How can we count on “at least 249 billion pesos each year of additional revenue for the next 10 years” to cover the additional COVID debt and contribute to the increase in total debt service on the current level of debt “ which can still reach 13 pesos. 1 trillion by the end of 2022”, according to the DBCC?

Thanks for telling it like it really is, Secretary Dominguez.

Amelia HC Ylagan is a Doctor of Business Administration from the University of the Philippines.

malpani: lenders submit a letter of intent to the Malpani group for the acquisition of Imagicaa at Rs 575 crore

Aussies are getting their finances in order